Institute of Chemistry and Biochemistry

The interest of the Knaus lab is to understand the molecular mechanism of BMP signal transduction, and to identify common and distinct mechanistic concepts in different cellular and tissue environments. Bone or Body Morphogenetic Proteins (BMPs) belong to the TGFbeta superfamily of secreted growth factors, which regulate organ development, repair and homeostasis by binding and activating transmembrane serine/threonine kinase receptors (BMPRs). Functional BMP receptor complexes are composed of two types of receptor, BMPRI and BMPRII. Their mode of oligomerization and lateral mobility within the plasma membrane, as well as their association with regulatory proteins, determine signaling specificity. The Smad-dependent signaling pathway is initiated by BMPRI upon transphosphorylation by activated BMPRII and leads to transcriptional responses. There are a variety of known non-Smad signaling pathways initiated by BMPs, which include both transcriptional and non-transcriptional responses. Their molecular mechanisms are far less well understood.

Our aim is to implement the following criteria into the general understanding of BMP signal transduction, not only in stem and precursor cells, but also fully differentiated cells: biomechanical stimulation, extracellular modulators, subcellular compartmentalization of signaling pathways and crosstalk to the Hippo and insulin signaling cascades.

Current studies in the lab focus on the following topics: 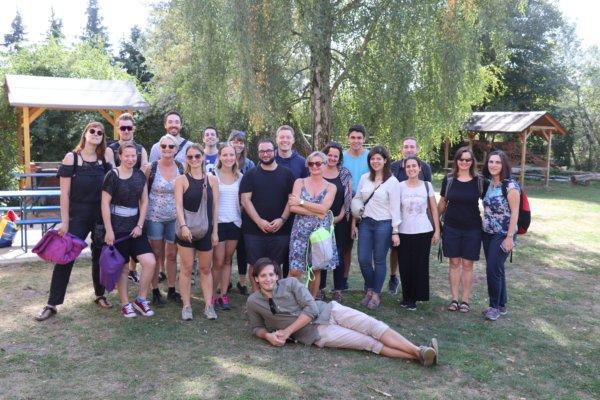