“Freie Universität Berlin is one of the best places to develop my field of research” says Alberto Pérez-Bitrián. He has just started his Humboldt Research Fellowship for postdoctoral researchers in the research group of Prof. Sebastian Hasenstab-Riedel, who specializes in halogen chemistry.

He did his PhD thesis at the Universidad de Zaragoza, where he worked on Trifluoromethyl Gold Chemistry, and graduated in July 2020. During that time, he held initially a position as research assistant and then was awarded a PhD Fellowship within the “Formación de Profesorado Universitario” (FPU) program of the Spanish Ministerio de Educación Cultura y Deporte.

He gained first impressions of research in Germany during three months stays at Max-Planck-Institut für Kohlenforschung in Mülheim an der Ruhr in 2018 as well as at Institut für Chemie und Biochemie at Freie Universität Berlin in 2019, where he has already been working in the group of Prof. Sebastian Hasenstab-Riedel. “Prof. Hasenstab-Riedel suggested the possibility of joining his lab as a postdoc” says Pérez-Bitrián. “I am very excited to start my new project on Ni-based superoxidizers in this group because I will definitely broad my field of expertise and the results can make a huge impact in all areas of chemistry and beyond.” 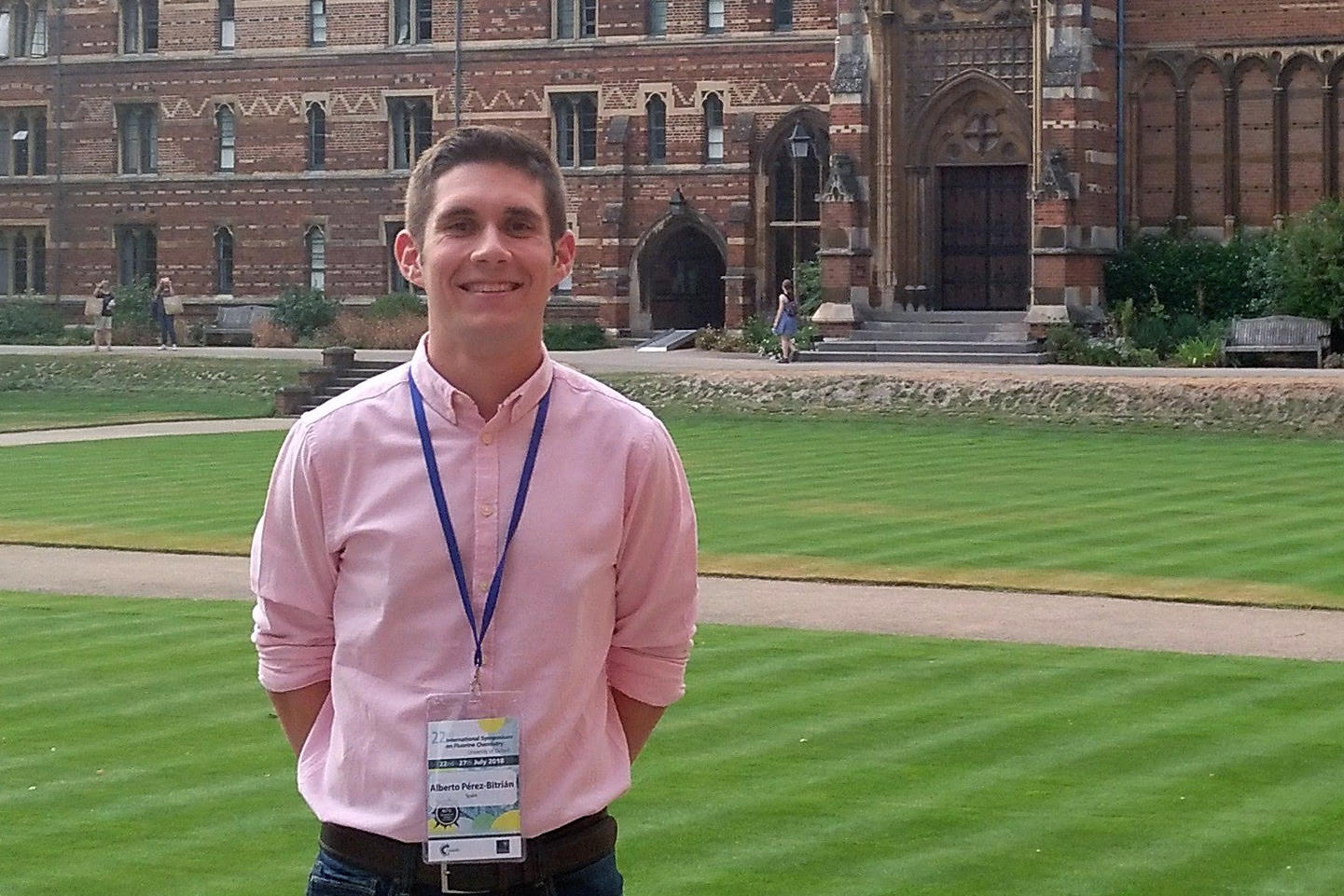