In April 2009 our Research Group performed its Spring Meeting which served to discuss a novel line of ANCOR projects (Irrawaddy dolphin, River Mekong) and also initiate a completely new research domain. The latter will be concerened with Inter-Cultural Relationships (INCUR ) and begin with a model case developed in Ethiopia. Besides Dietmar Todt, Jasmin Cirillo and Hauke Studier also Feruz Asamnew attended this meeting. Feruz has been involved in the first parts of INCUR. 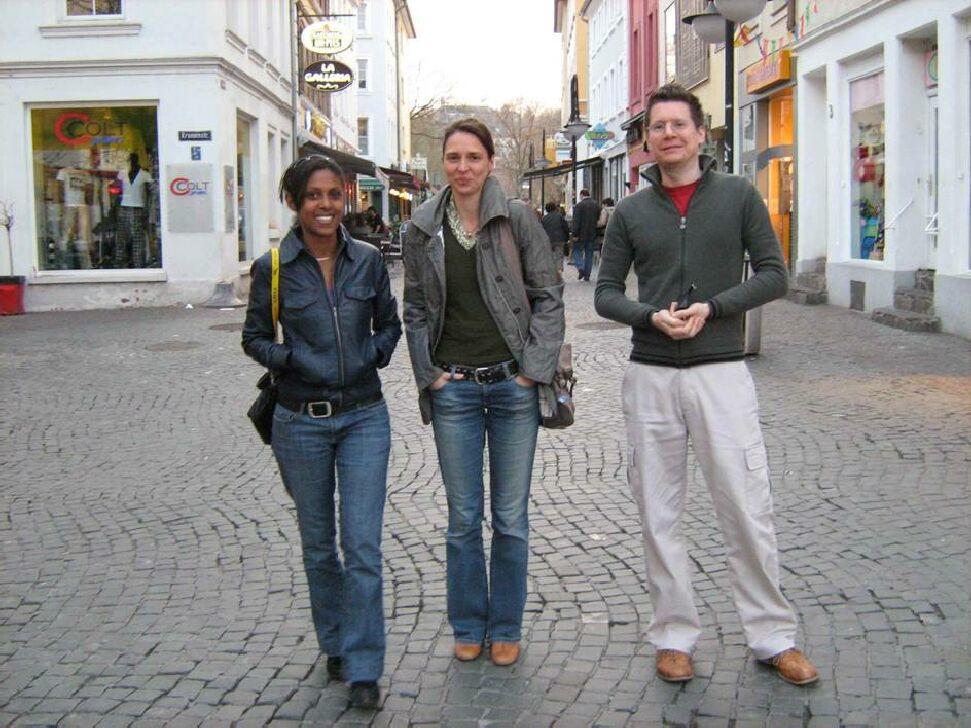 Feruz, Jasmin and Hauke on their way to discuss the agenda of spring meeting 2009