Access to reliable data about animals living in a given habitat is a crucial prerequisite of successful conservation efforts. Such access is problematic if visual information is constraint, as e.g. in dense vegetation or underwater habitats. In the following we describe a method which solves the problems by sampling and analysing bioacoustical information. We have elaborated and tested the method in Bottlenose dolphins (Tursiops truncates) and also in Killer whales (Orcinus orca). Now we plan to apply the method to a population of Irrawaddy dolphins (Orcella brevirostris) settling in the Cambodian section of river Mekong as this additional approach to improve the information on the status of the population achieved by running visual counting and photo-identification.

The procedure includes recording of calls (or other acoustical signals) by a four-channel data sampling system (Ultra-Sound-Gate, R. Specht, Berlin). By evaluating both physical properties of signals and differences between time courses of corresponding signals, we identify or distinguish numbers and locations of calling individuals. After the study has achieved an advanced stage, the recorded material will serve to decode also information about other biological and social variables, such as age, gender, dominance rank and psychophysical state of callers.

The method is useful in species which produce loud sounds and also call often enough. First studies on the signal behaviour of Irrawaddy dolphins suggest that this species meets such requirements quite well. That is, adults develop and perform notably large repertoires of call types.

The survey is divided into two phases – field campaigns. The main objective is to get more information on the status of the population, especially on the occurrence of the calves.

In the first, pilot phase, the method will be adjust and differentiate to clarify the following questions:

In the second phase the detailed approach prepared during the pilot phase will be applied on several dolphin zone areas according the recommendation of CMDCP.

Each field campaign will run approximately 10+ days. The first, pilot phase will be realised from the middle of June 2009, the second one in the first half of November 2009. 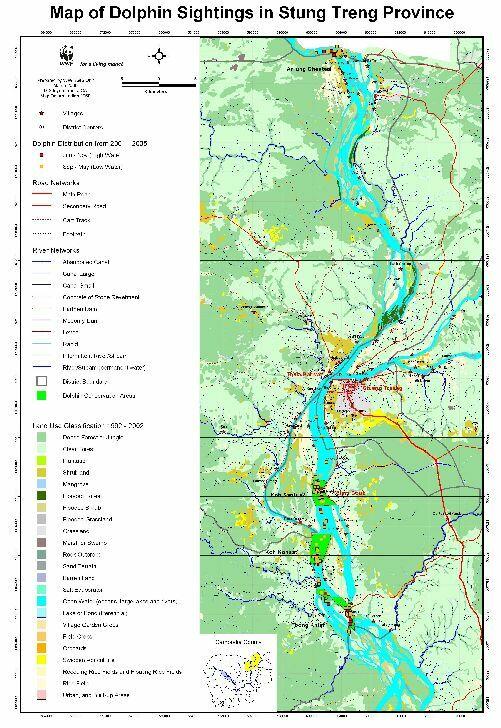 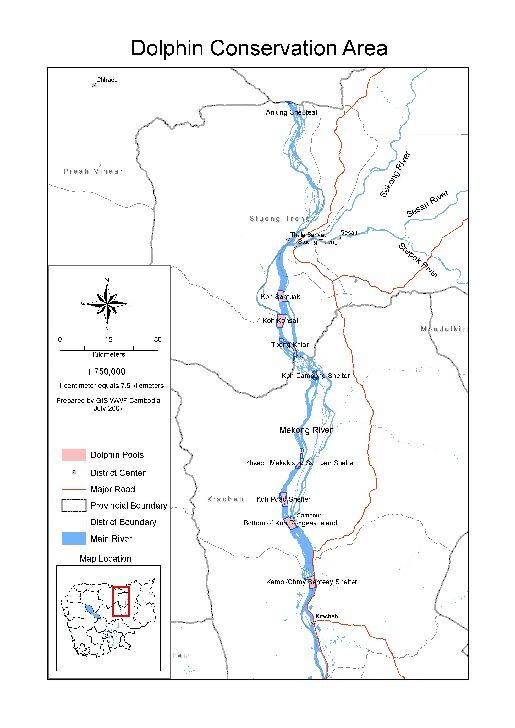