Photograph 51 - Scenes from the Play 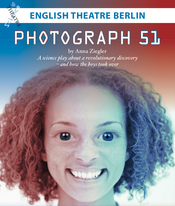 A play about the discovery of the DNA double helix structure and the role of Rosalind Franklin, dealing with DNA as the icon of our time and the role of women in science.
Anna Ziegler's play shows the making of an outstanding scientific discovery in a bone-dry, ritualized and women-excluding male establishment, in which an emotional minefield, social coldness and hierarchies, antisemitism, and ferocious fighting for recognition and scientific priority went hand-in-hand with scientific curiosity, meticulousness and juvenile enthusiasm.